We are thrilled to welcome back Chris Wood, touring his new album.  Chris gave a superb performance at his last appearance with us, and we expect the same combination of original songs – both biting and tender – superb guitar work, and his uniquely engaging, and at times challenging, stage presence.

1930’s Berlin cabaret, Hot Club of Paris, Nuevo Tango, Gypsy Campfire and a range of originals and covers: the Moscow Drug Club have it all, and promise an intoxicating evening. Their last appearance was a sellout so it is advisable to book early. 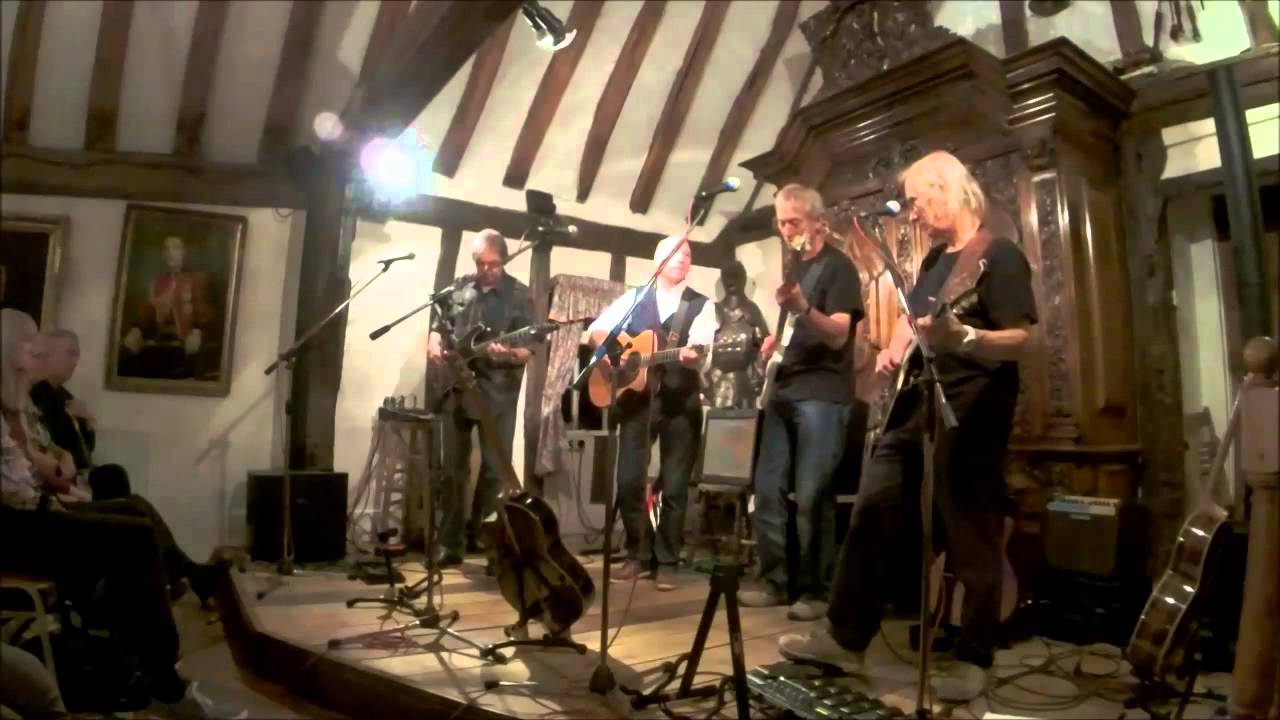 The LPSO are much morethan a skiffle band! Theyare a musical/comedy showband following in the tradition of Spike Jones and his City Slickers but with a modern slant.

To the LPSO skiffle means “anything goes” as long as it is musical, entertaining and fun. Their performances are energetic, colourful, bizarre, tuneful, virtuoso and hilarious.

We open our autumn season with an unusual treat from the world of contemporary folk music, with the father-and-daughter line-up of Steve and Martha Tilston.  Both of them are well-known and popular performers, but it is rare that they appear on the same stage so this is a chance not to be missed.  They will perform separate sets but will also perform a few numbers together.

Steve Tilston has been described as “a complete guitarist,” “a singer songwriter of rare talent” and “absurdly accomplished.”  He’s the writer of the classic The Slipjigs and Reels, The Naked Highwayman and Here’s to Tom Paine and his songs have been covered by a who’s who of the folk scene. His career was marked by the release in 2010 of Reaching Back, a 5-CD boxed-set retrospective, and he’s also published a powerful historical novel.  Celebrating 40 years in the business, he’s on as great form as ever. His last album The Reckoning garnered him the “Best Original Song” accolade at the BBC Radio 2 Folk Awards last year, plus invitations to appear on Later with Jools Holland and BBC4’s Songwriters’ Circle. Perhaps best known for his song-writing prowess, Steve is also a blinding, dazzling guitarist with a style echoing the elaborate rhythmic “folk baroque” of Bert Jansch and Davy Graham, but also drawing from classical, roots and the tradition to create a sound that has been called quintessentially Tilston.

STOP PRESS: Steve’s latest album Happenstance is due for release on September 3rd and should be available for you to buy at the venue.

Martha Tilston displays a comparable originality with lyrics and an equally compelling stage presence as her father, but her musical style is totally different. She originally trained as an actor, but the tug of her musical lineage set in, and by her late teens, she had taken up the acoustic guitar and taught herself the fine art of fingerpicking, finding her voice — a shivering, autumnal bird-song evocative of a young Joni Mitchell — along the way.

She released her lo-fi debut, Rolling, in 2003, while touring Ireland as support for troubadour Damian Rice. Tilston’s earthy compositions and delicate melodies earned her a growing audience, but she declined the lucrative offers from established record labels, choosing instead to set up her own label, Squiggly Records. She funded the pressing of her next record, 2005’s Bimbling, through the sale of the album’s canvas-painted artwork.  By 2007, she was opening the Acoustic Stage at Glastonbury with songs from her album Milkmaids and Architects, garnering a nomination for Best New Act at the BBC Radio 2 Folk Awards.

Her songwriting eschews the hoary ‘moors and maids’ folk imagery of old for gentle, probing meditations on modern concerns such as consumerism, urbanization and unheard voices, but she also finds space for haunting love songs, and one-off originals such as Old Tomcat, her sensual personal paean to Leonard Cohen. She’s performed at demos and marches, and played a set at Climate Camp in 2009, but Tilston considers herself too nomadic to hitch her star to any wagon. “I feel strongly about not getting stuck in any one scene; I try to weave my music through the world without becoming ingratiated to any one group.” And as her latest album, Machines of Love and Grace confims, it’s a creative independence that pays off.

From reviews of Machines of Love and Grace:

We can safely expect an engaging, unusual evening from the two Tilstons.

Tanya Brittain and Sam Kelly created The Changing Room just over two years ago, and have never looked back since. The band won all three categories of the 2015 International Pan Celtic Song Contest: Best Original Song (for Tanya’s shanty-style composition Row Boys Row), Best Traditional Song in a Celtic Language (for their rendition of Delyow Sevi which is on their new album), and Overall Winner.

Sam and Tanya are the two constant members of The Changing Room, and the door is left open for the line-up of other musicians to change and evolve. The band’s five-piece touring line-up includes Jamie Francis on banjo, Evan Carson on percussion and Morrigan Palmer Brown on harp. They are now touring with their second album, Picking up the Pieces.

Bella Hardy, BBC Radio 2 Folk Awards Singer of the Year 2014, tours her eagerly anticipated new album ‘With The Dawn’; a heartfelt collection of self-composed songs which tell a story of travel, of choices, of lessons unlearned, and also of hope. One of the most creative, prolific and original singers in the UK, her captivating voice inhabits her music and spins her narratives with an equal balance of strength and sensitivity.

The ‘With The Dawn’ Band complement Bella’s breath-taking vocals and narrative fiddle with a powerful and evocative mix of banjo, piano, electronics and drums. With roots firmly within the folk tradition, songs written straight from the heart, and bold steps into a new world of sound and expression, this is a performance not to be missed.