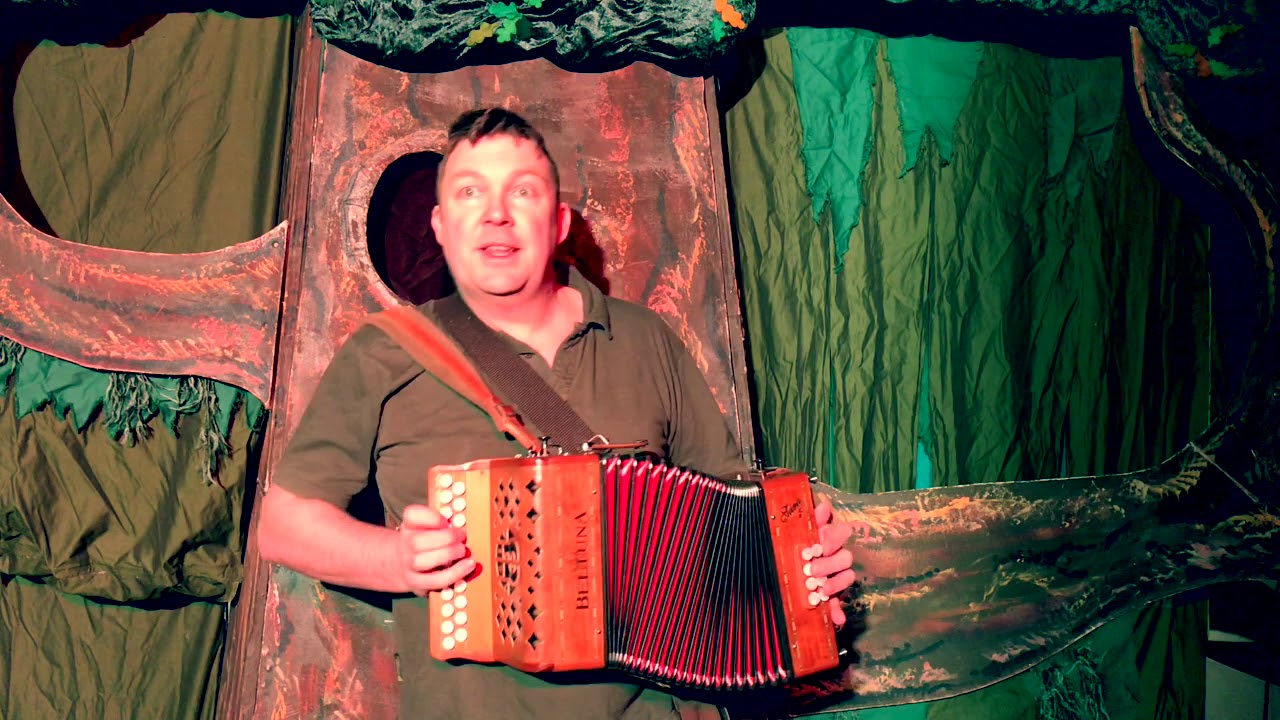 ‘Tales from the Trees’ is a terrific tangle of puppetry, storytelling, live music and comedy, with a theme that embraces natural history, folklore and ecology.

Listen! The trees have tales to tell. Meet some friendly forest creatures and encounter crazy characters from folklore and fairy tales!…

The story of the beginning of everything inspired by Milton’s Paradise Lost – told through words and music.

A show for anyone who has ever created anything (a child, a garden, a paper aeroplane) then had to watch that wonderful thing spiral out of control.

“an enchanting, very funny show, swooping from the epic to the vulnerable.” The Independent

The true story of how Victoria became a beauty queen and her Bassett Hound (Major Tom) became a champion show dog, reflecting the British fascination with celebrity, beauty and winning
Created by Victoria Melody

Major Tom is the story of how an average 34-year-old became a beauty queen and how her unruly pet basset hound, Major Tom, became a championship show dog.

Major Tom and Victoria increasingly immerse themselves in the obsessive and confusing realm of personal scrutiny as they participate as genuine contestants, determined to win.

Victoria, accompanied on stage by documentary film footage and her dog, tells this true story. It explores the British fascination with celebrity, beauty and winning.

Carmen and Mimi are both looking for love. Evening classes hold the answer. Lessons in Love is a comedy told through action, speech and extraordinary music with an uplifting and unexpected ending.

We have a particularly strong offer of theatre in this autumn’s programme,  amongst our best ever.   The sequence starts with this astonishingly powerful solo poetical show by Luke Wright.

We booked it on a strong recommendation from two of our most loyal theatre customers who saw it performed at the (sold out) Soho Theatre in London and were blown away by it.   Then we heard an epic extract (‘To London then…’) which was broadcast on Radio 4 in the spring and this confirmed that this show was something special.

In our view it’s worth the ticket price just to hear that single blistering poetical commentary on banking and capitalism in London. But the whole show has received plaudits wherever it has been seen – we are hearing of a whole audience at Port Eliot rising to acclaim Luke’s performance there in July – and many more besides, from audience members and critics alike.

This show promises to maintain the Tolmen tradition of top class, cutting edge theatre and we totally recommend it (though with its fierce message and uncompromising delivery it’s by no means a show for children).

Anyone who has an interest in theatre, poetry, writing, storytelling – or who remembers their adolescence – should grab  the chance to see this show.

We can think of no better way of illustrating why this  show is not to be missed  than by simply reproducing a long list of plaudits and critical responses, which show the powerful effect this poetical tour-de-force has produced.  These are copied below, and worth a read.

“Blistering … a story of our times … a strikingly assured performance of a compelling piece of writing.” ★★★★ Scotsman

“This is such a rich piece of writing… resonant and timely.” ★★★★★ Exeunt

‘Luke Wright’s What I Learned from Johnny Bevan is terrific’ Lyn Gardner, Guardian

‘Luke Wright gave a capacity audience at Norwich Arts Centre a show of unmatched passion, power and poignancy in the outstanding performance of the 2016 N&N Festival. ‘What I Learned From Johnny Bevan’ is fast paced, articulate, heartwarming and perfect in execution.’ Norwich Spy

‘He used poetry that spat, and a face that seemed to age with the despair of the characters in his story.’★★★★★ Brighton Argus

‘Wright has a proper power over the English language, a storyteller worth listening to, and I look forward to hearing more’ Tim Auld (for Daily Telegraph)

‘an impassioned, spellbinding performance infused with humour, humanity and wit’ ★★★★ The Reviews Hub

‘a brilliant show, with a charming performance from Wright’ A Younger Theatre

‘Really does convey the power of performance poetry, and focused political satire‘ Write Out Loud

‘Wright performs with relentless vigour, his poetry pops and fizzes. a singularly powerful piece’ ★★★★ Everything Theatre

‘poet Luke Wright is a singular tour de force: (his) language is precise and evocative and What I Learned From Johnny Bevan is politically charged and practically flawless’ The Play’s The Thing

‘A rollercoaster ride of political poetry & sensational storytelling. Is he the new Berkoff?’ Terri Paddock (founder, What’s On Stage)

‘dramatic, humorous, and political’ This Week In London

‘something rather special, Luke Wright’s performance (10/10) was stunning’ ★★★★★Virtual Festivals (from Kendal gig)

“a strikingly assured performance of a compelling piece of writing.” ★★★★ SCOTSMAN

“This is such a rich piece of writing. There’s so much in it. It’s resonant and timely and it tells a story compellingly. And the story tells is kind of flooring, raw … It says so much about idealism and youth and maturity and compromise – and love – and the places life can take you, the incremental sneaky way that years have, of passing.” ★★★★★ EXEUNT

Performed in verse that bounds and soars effortlessly … Taking in issues of class, privilege and the death of Labour, What I Learned from Johnny Bevan is a compelling and relatable exploration of growing up and facing hard truths.” ★★★★★ THE SKINNY

“Luke is like a male Kate Tempest, but perhaps more sharply incisive and piercing. The venue is far too small. Get this guy a gig at Usher Hall!” ★★★★★ SCOTSGAY

“A densely-packed and deftly-woven banner for young Britain’s political reawakening, What I Learned from Johnny Bevan is what I come to the Fringe for: writing that not only captures you in the theatre but also stays with you for days afterwards.” ★★★★★ BROADWAY BABY

“Anyone familiar with Wright’s work will recognise his deft hand in showing the complexities of male relationships …  a political and personal coming-of-age narrative that, while rarely breaking out of a set rhythm and rhyme scheme, still manages to evoke the chaotic passion of awakening.” ★★★★ TIMEOUT Critic’s Choice

“I see a show like this that makes me think theatre can’t get any better, so why should I bother going to see anything else? … This is a simple story that is powerfully written and mesmerisingly performed – I cannot recommend it highly enough.” ★★★★★ EDINBURGH 49

“Powerful, poetic coming-of-age story that focuses on the relationship between politics and class. Wright’s stirring eloquence and resonant delivery heighten the drama and clarify the emotional impact.” ★★★★ THE STAGE

“What I Learned From Johnny Bevan is a fantastic debut from a rare poetic talent. At times it feels like a Ken Loach film put to verse. It is a strong and personal story told by an original and absorbing performer.” ★★★★ TV BOMB

“This is a completely engaging performance which is delivered with an energy both raw and crisp. Wright really commands the space … The tension and experience created by this one man is admirable.” ★★★★★ TODOLIST

“Sometimes funny and sometimes heartbreaking, What I Learned From Johnny Bevan is beautifully plotted and completely engaging, reminding us that politics affects everything.” ★★★★ A YOUNGER THEATRE

“Sure to spark at least one mid-life crisis.” ★★★★ THREEWEEKS

“An oratory masterpiece & a time-capsule” ★★★★ THE MUMBLE

“A story of shattered friendship, class ceilings, and the hollow reality of the New Labour dream.

At university the whip-smart, mercurial Johnny Bevan saves Nick, smashing his comfortable, middle class bubble and firing him up about politics, music and literature. Twenty years later, as their youthful dreams disintegrate with the social justice they hoped for, can Nick save Johnny from himself?

One Darke Night combines extracts from renowned Cornish playwright Nick Darke’s canon of work. Fusing extracts from lesser- known works with firm audience favorites such as the King of Prussia and Hells Mouth, and featuring exclusive extracts from Nick’s private journals and correspondence, this imaginative show explores the creative process of the writer. Combining a cast of versatile performers, simple staging and projected film this performance showcases Nick’s exquisite talent for combining blistering dialogue, quirky characterisation and beautiful prose in plays which are as moving as they are hilarious! Tickets £8, £7, Children £4

After a ground-breaking season, which saw the company premiere ‘Translunar Paradise’ to substantial critical acclaim at the Edinburgh Fringe 2011, they have gone on to win a clutch of theatre awards for this production, including Liverpool Daily Post ‘Best Fringe Show of 2011’, The Fringe Review ‘Outstanding Theatre Award’ 2011, The Observer ‘Iron Man’ Award for Kim Heron and Brave New World Award & Audience Award at the Sarajevo MESS Theatre Festival, Bosnia & Herzegovina 2011.

Exquisitely created, Translunar Paradise is told entirely without words and in their place are movement, haunting music and masks. This is a powerful and emotional tale of a man who is confronted by the solitude of bereavement.

Director and performer George Mann says,“This is about the gap between young and old. Age, like a mask, can obscure the fact a person was once young. We’re working without words to convey this story through the body and music on a poetic level. The audience will be immersed in feeling, sensations and movements. We hope they go home feeling they’ve experienced something very special.”

(Cafe suppers available before and after the show)